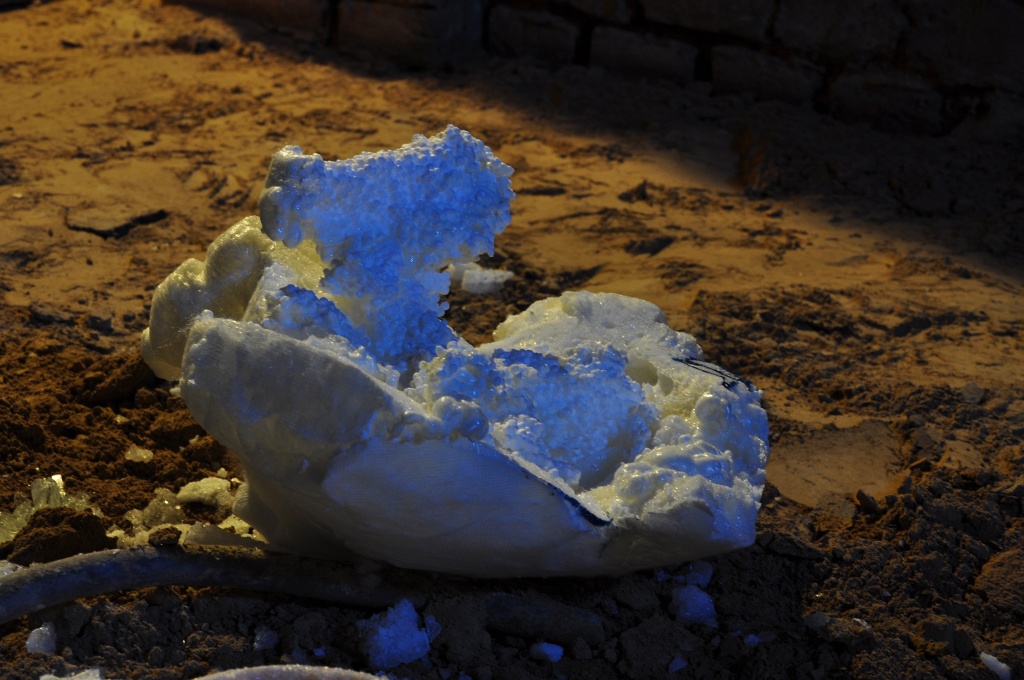 This work appeared in an area where one would not expect art.

Germany 50.77404° N   6.92436° E. The location is an old building from a time, when foundations of concrete where not at all common, but were made from tamped clay. Its appearance and properties are by no means as linear and inert as concrete. There are different textures, colors and traces within the soil, which all have different stories to tell throughout the time and history of the building.

Ammonium phosphate is commonly used to fertilize soil. My intention however was not to plant and grow anything organic in the confined space of a faintly lighted basement. The objective was to examine two very basic substances, which play an eminent part in generating proper conditions for virtually all planetary life: water and salt.

It is obligatory to declare, that I, the artist cannot manufacture such a work. Far too intricate is its morphology, than for me to emulate it by means of artistic capability. It is not made. It emerges by morphological potential. And in so doing, it constantly alters its outward appearance by growing crystalline structures induced by water and adapting to the surrounding ecology.

My part in the work is to invite, to usher the process, preparing the substances and the ground, to observe, to intervene when and where needed.

It would be false to assume, that all this is merely about setting a stage for the enact-ment of material self-organization. Prior to the joy of enigmatic visual occurrences, my deeper concern is founded in the problem of human perception, or shall we say the absence of it.

This work is about denial. About not fulfilling habitual visual expectations. It comes from a fundamental urge to unite with an initial spark of life, a criteria which cannot be argued with. 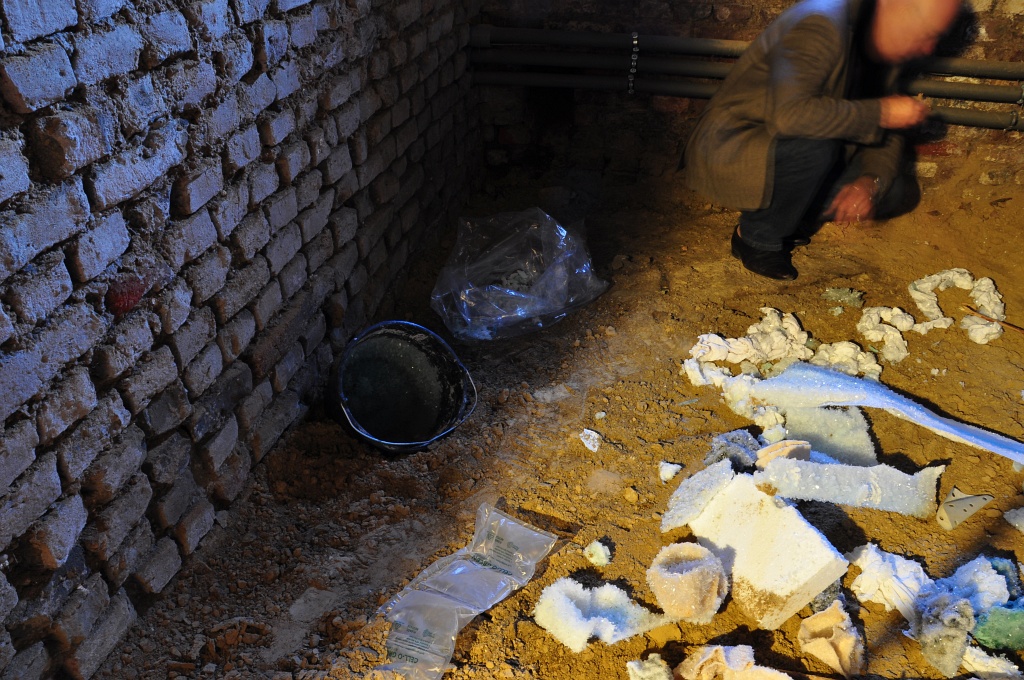 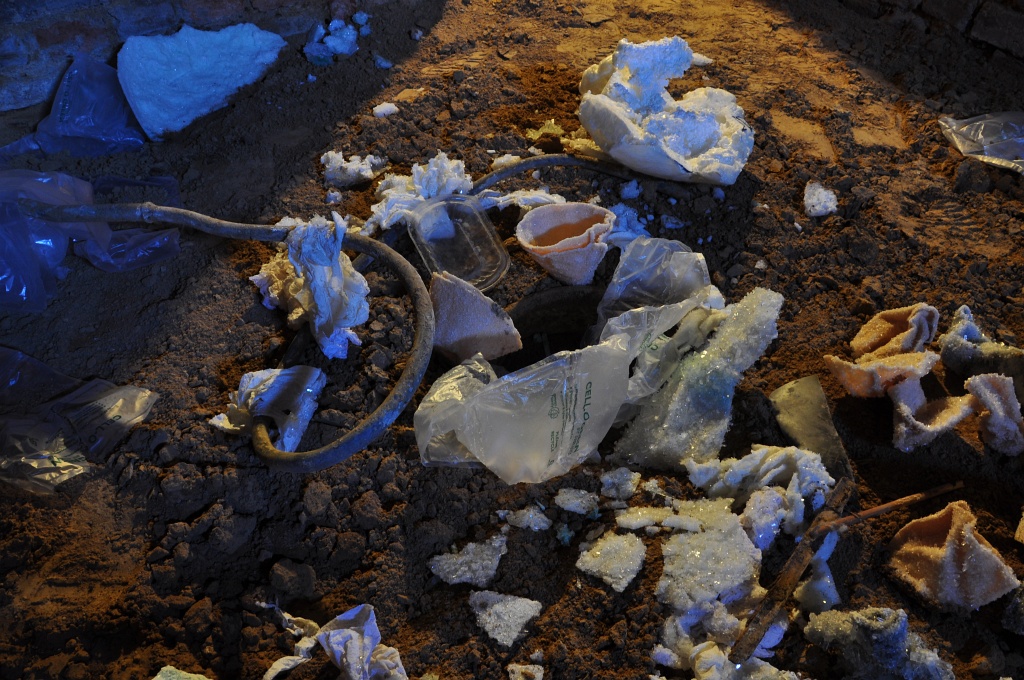 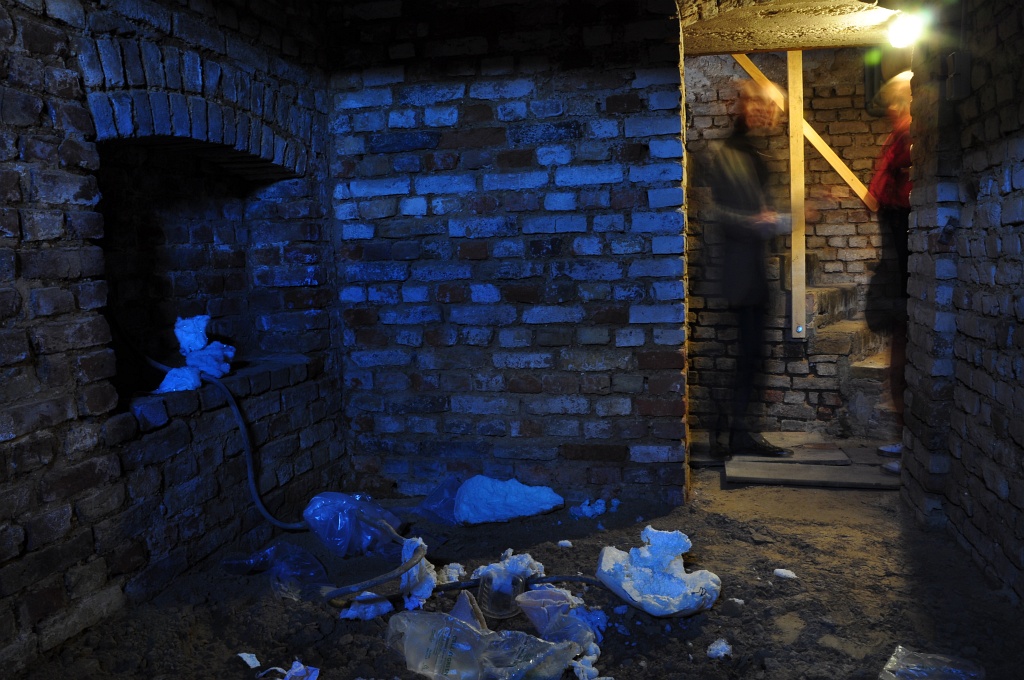 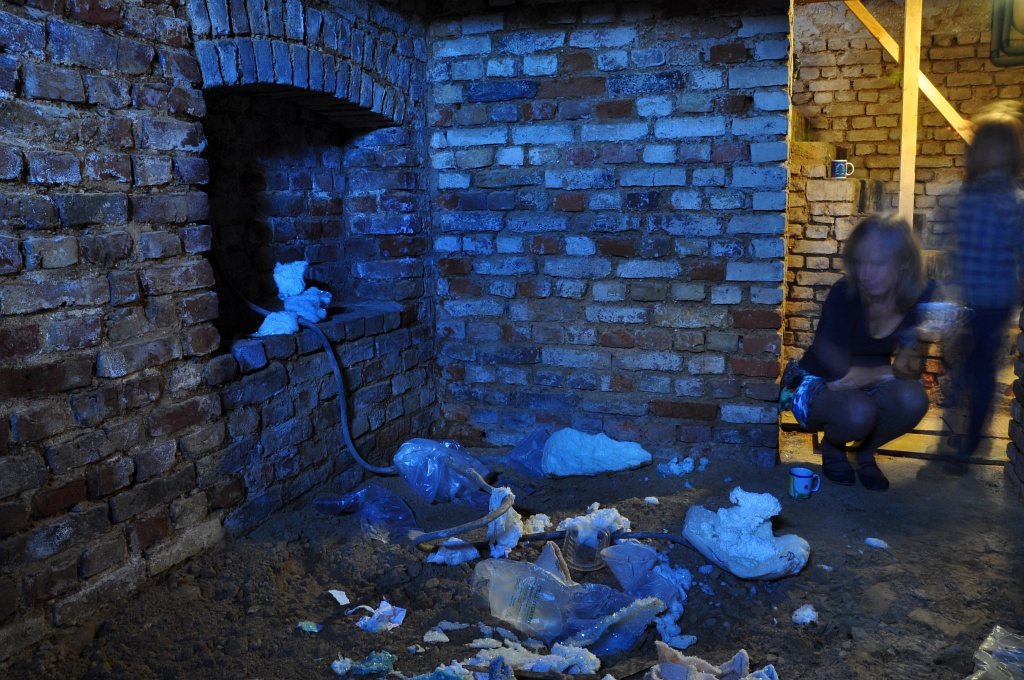